JUAN ARECO was born in Paraguay of Spanish and Guarani Indian descent and raised in a family of musicians. He began playing the guitar at age twelve and became a professional musician at the age of fifteen. During this time, Juan not only learned the classical style of guitar, but also began studying jazz improvisation. For the next several years, he toured and played with many of the top performers in Paraguay.

Wanting to expand his musical boundaries, Juan left his native country at the age of eighteen and traveled to Sao Paulo, Brazil. It was in Brazil where Juan was introduced to different musical genres. While living there he embraced the rich Brazilian culture and music which has now become part of his musical identity. Juan then moved to Miami, which is now his home base, to further his studies of Latin Jazz with Vincent Bredice in Miami-Dade Community College.

It has been within the last fifteen years that Juan has come into his own international standing. He has performed for several dignitaries and heads of state including Princess Caroline of Monaco and Queen Elizabeth II. In 1994, Juan was asked to perform for President Bill Clinton and the 34 Latin American Presidents during the Summit of the Americas held in The Biltmore Hotel, Miami where he performs at the legendary Sunday Brunch. There he performed for the King and Queen of Spain and most recently for the famed tenor Placido Domingo at a gala Dinner. 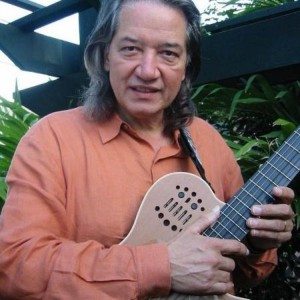 He has traveled extensively throughout the world playing in the United States, the Caribbean, Central and South America, the Middle East and Spain and most recently in Switzerland. He has recorded with such internationally known performers as Nestor Torres, Bobby Thomas, Roberto Perera and Enrique Chia.

Juan and his wife Arlene, an accomplished classical pianist, have lived in Coral Gables for over 15 years. In 2001, Juan was awarded the key to the city for his song “Coral Gables (My City Beautiful)” which was proclaimed by Mayor Donald Slesnick to be the official instrumental song of the city.

With a unique style, Juan is an extremely versatile musician, composer and arranger, His recordings include original compositions and original arrangements of great international melodies all performed with a combination of great sensitivity and virtuoso musical skill. His music is a combination of South American diverse musical interpretations fused with the musical styling and passion of flamenco, folk, afro-cuban, reggae, samba and jazz.

Intertwining the best of many different cultural sounds, Juan’s music provides a rich tapestry of international heritage. All his recordings offer the listener a distinctive and flavorful palate of world music. Truly an inspiration!